House Republicans have filed suit over the Affordable Care Act last week, the most recent of 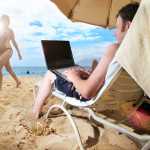 many filed against the ACA by opponents of the law. Meanwhile, the dates and numbers for various ACA compliance issues keep changing and it just seems like it would be easier to ignore the whole thing until the dust settles and there are some definite answers, doesn’t it? Yeah…no. That’s not really an option. Despite all the craziness, unfortunately businesses can’t easily ignore the ACA.

It is true that a lot of the parameters have changed. For example, previously the law stated that if you had 50 or more full- time employees (or the equivalent number of hours among part-time employees) you had to cover them and their families with health insurance or pay a fine. In some cases, the fine was less expensive than the health insurance so it seemed to make economic sense to pay the fine instead, though there’s a question of how that impacts recruiting.

Nonetheless, many states brought up the question of whether having 50 full time employees really constituted a large company or whether a large company had to have—say—100 full time employees.
The rule was, if you had 50, you had to start covering them as of January 1, 2015. Now, the date has been pushed back to 2016 for those companies, and only companies with more than 100 employees have to pay this year. At the same time, the rule was that if you were going to pay the penalty rather than the insurance, the first 30 employees were exempted and you had to pay $2,000 per employee for every employee after that. Now the first 80 are exempted and you have to pay for every employee after the 80th. Say what?

Plus, who knows what’s going to happen with all those lawsuits. It’s a moving target.
That, of course, makes it really hard to be in compliance and really hard to plan for the future. Can you go ahead and hire those extra two employees or will that bump you up into the large company category? Should you pay the penalty or the insurance? What’s going to happen when the Supreme Court rules on whether it’s legal to provide subsidies to companies that already have insurance exchanges—like Texas? The fact is, and this pains me, the entire ACA is probably not going to go away completely. But neither is anything about it set in stone. Between Congress and myriad lawsuits, a lot of things could change and probably will.

This is one of those times it would behoove you to collect plenty of experts around so you can be ready to act when you need to. You need an HR consultant—forgive the shameless plug—and a benefits guru. And if you’re a really big company, especially if you’re self-funded, you probably need an ERISA attorney. Bottom line, you need someone whose job it is to stay on top of all the changes and be able to anticipate necessary actions in time to take them.