Why Older IT Workers Get Passed Over 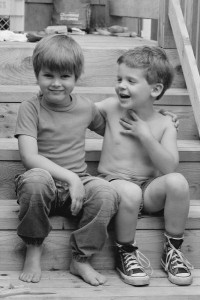 Let’s just get it out in the open:  There are a lot of reasons why older IT workers have trouble finding jobs. And It’s not just because younger people discriminate against them or because older IT workers refuse to adapt to the current environment, although both of those things happen sometimes. A lot of the obstacles to hiring older IT professionals are solvable, basic HR stuff–like people communicating poorly across generations, and young managers not being given sufficient training to manage diverse staffs. But there are other factors at play that rise from a much more primal place: The playground.

You know, where you’re talking to another kid and you say “I’m seven. But you’re seven-and-a-half…you’re in charge.”

The concept of elders leading the people, of filial piety, Yoda and the young Jedi apprentice isn’t as strong in U.S. culture as it is in some countries, but it can still make younger people feel uncomfortable hiring and managing people the same age as, say, their parents. They’re not deliberately discriminating against older people, they just feel a lot more at ease telling someone roughly their own age what to do, addressing issues, setting expectations.

With an older worker, in addition to all the other possible issues that arise because people are people, come questions of “Will he treat me like the boss or like a kid?” and, on the employee side “Will she lord her authority over me just to prove she can?” Egos can run strong in the tech world, no matter what age you are.

But that’s only one of the challenges to hiring older workers. Older workers generally cost more. A developer with 20 years experience might want $120,000 a year whereas you can possibly get a couple of recent grads for $60,000 each. In one scenario, that might work out much better for the company. But in another, the older worker hasn’t just been collecting wrinkles all these years. He’s made his mistakes and presumably learned hard lessons. He knows where the pitfalls are, he’s not going to use company time to reinvent the wheel. And if he’s hung up on a problem he might be able to unravel it faster, because he’s seen these problems a million times before.

(I know from experience I can answer HR questions instantly that associates with less experience have to research, because I’ve been there, done that.)

Of course these are all generalizations. Older people haven’t necessarily become wise with age and younger people don’t necessarily have more energy. Those kinds of assumptions tend to linger, unspoken, because to talk about them would be inviting an age discrimination suit.

The fact of the matter is, competence should be the bottom line. Meeting business objectives should be the predominant criteria. People of any age who are trained, competent managers, know that it behooves them to hire people who are different from them, because it gives them a more rounded team and a broader perspective of problems and solutions. People who have been promoted to management without adequate training tend to feel more insecure and therefore more comfortable managing people who think, work, and communicate the same way they do.

Good employers and employees are adaptable, at any age. They learn to interact with coworkers, subordinates and managers in a way that works best for meeting the company’s objectives, not just the way they’re most comfortable with.

With the current need for people in many tech fields, passing over whole generations just isn’t a good business decision. But in order for inter-generational teams to work, everybody has to learn some human resource best practices and stop operating from unspoken fears and biases.

Actually, when you have a few rules in place regarding training, communication, and culture, the age thing makes little difference. What are they? That’s next week’s blog.