Facts Are Especially Important in HR

Remember the famous line by Joe Friday from Dragnet “Just the facts ma’am….” 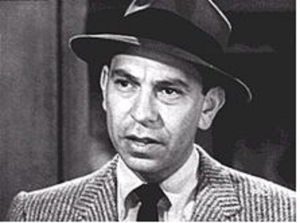 You didn’t hire that guy because he was a Pisces? Are you serious?

No! You don’t! Because that’s not what he said. He said other stuff, like “All we want are the facts ma’am,” which brings me to the point of this week’s blog: The danger of assumptions. Stay with me here.

People make assumptions all the time. They assume that people’s clothes and automobiles indicate their financial situation, status and education. They assume that if there’s a gap in employment the candidate is hiding the dark period where he got fired, then got depressed and spent six months eating powdered doughnuts and rewatching Battlestar Galactica for hidden meanings. They assume that someone with a lot of wrinkles who claims to be 40 is lying about his age instead of an avid outdoorsman. Most people draw conclusions about people they meet within 15 seconds of meeting them. Assumptions show up in other situations, too. If your boss uses a certain tone of voice when giving you a task, you might decide he’s mad at you, or about to fire you, or predicting you’re going to screw the task up when—in fact—he has a really bad toothache. As long as you give your mind permission to wander through your assumptions, you can wind up stressed out, filled with adrenaline, and making mistakes based on nothing but your own mental detritus.

HR professionals can’t afford to let assumptions rule their thinking. They need, like Joe Friday, to focus on facts. Harkening back to another set of investigators—the Washington Post Watergate team. Carl Bernstein and Bob Woodward would never print anything about the Nixon administration, no matter where the information came from, without confirmation from a reliable second source. It didn’t matter how much they wanted to print it. It didn’t matter how true they knew it to be. They wouldn’t do it.

In HR, this kind of thinking might mean that when the candidate says X was his favorite job—you ask “Why?” instead of making assumptions about why. It might mean if the candidate only worked at his last job for six months and he’s under 30, you ask about it, instead of deferring to your Bakelite assumptions about millennials. It might mean if there’s an accident in the office you ask not only the people involved in the accident but other people who were there at the time. You collect several different perspectives. It means that, if you’re in charge of understanding the people and dynamics that make up your team, you have to be able to see them as objectively and fairly as possible, and not through your personal filter.

Nobody’s completely objective, but generally speaking, objectivity leads to fairness more often than giving way to the personal biases and assumptions you brought into the workplace in the first place. So, as Joe Friday might have said, “In HR, stick to the facts, ya’ll.”