Don’t Use Fear As A Motivator

I heard a story today about the changing culture of work. They talked about the New United Motor 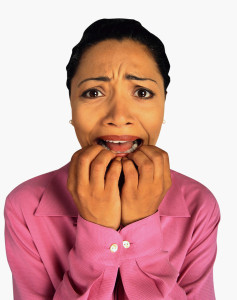 Oh yeah…she is on her game now.

Manufacturing Inc. plant that was formed in Fremont, California, between GM and Toyota. The old GM plant had been one of the worst plants in the history of auto manufacturing. One reason was that there was a cardinal rule: Don’t Stop the Line. If someone got hurt, if there was a mistake, if something broke, it didn’t matter, the line didn’t stop. When GM teamed up with Toyota, they reopened the plant with most of the same employees but a lot of new rules, rules that gave people a break from their monotonous jobs and showed them respect. Rules that honored the manufacturing process and let people stop the line when it was necessary. And that plant became one of the best in the country. Fear undermines loyalty, performance and teamwork. It inspires momentary compliance but no real dedication. And if a company is using fear as a management tactic, it’s a clear sign that there’s trouble in the company. These days, the best employees don’t want to work someplace where fear reigns. They want to work someplace where the work is challenging, where they can grow, and where they’re respected. The remarkable thing is, a lot of companies don’t seem to have received the memo: Don’t use fear as a motivator. It’s death to your cultures.

I once worked with a candidate who was leaving his job as an inside sales rep for a technology startup. When I asked why he was leaving, he said that the VP of Sales had threatened that if the employees didn’t have a certain number of meetings per week, they would be fired. A bunch of sales reps, this guy told me, had started falsifying meetings on the company’s CRM system to avoid getting canned. When I asked why they were having so many problems getting sales, he told me there were some major issues with the product and prospective customers were steering clear. Instead of dealing with those issues, sharing this information with the executive team and investors, the VP of Sales just tried to scare employees into making sales happen regardless. I asked if he had falsified any meetings and he said no, so he knew he was about to get fired. The company he worked for was sold a few years later in a fire sale. Not good for anyone with stock options, BTW.

Another client had a warehouse where the employees were failing to follow safety procedures. In order to motivate them, the owners offered gift cards to anyone who would report on another employee who had ignored a safety procedure. I was, okay, a little stunned by this idea. I asked the owner where the managers were? Had they been going through the warehouse, acknowledging and rewarding employees who were following safety procedures? Well…no. So I suggested that instead of encouraging employees to throw one another under the bus, thereby undermining teamwork and encouraging deception, the company should put a board up on the wall showing the number of days without a safety incident and when they reached some particular goal, they could throw everyone a pizza party. The owner had never thought of anything like that, he thought it was a great idea.

These days, cutting edge companies are working to make their cultures a place where great employees want to give their best. To some degree, in some cases, it might be going overboard. Organizations have to have rules and productivity goals and some bend over backwards to make life pleasant for employees who aren’t fulfilling their end of the bargain. That’s a mistake, too. Employees have their own responsibility to the job. But that’s two grownups entering a contract with separate responsibilities, not some weird parental or authoritarian relationship where it’s about punishment or reprisal. Childlike employees who expect or tolerate that kind of treatment are likely to deserve it. It’s a two-way street. So treat employees like adults deserving of respect and you’ll probably wind up with a workforce of respectable adults. And if you’re not sure how to do that, call us.