Okay, you know all those annoying, gnat-like parts of life that you tend to ignore when you’re 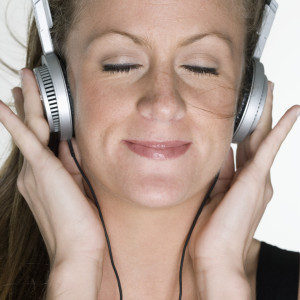 As a business owner, Clarice had cultivated a tried and true approach to dealing with problems and the more boring parts of her job…..

trying to run a small business? Little fees and seemingly insignificant regulations and accidental slides into overtime and things that just don’t seem like a big enough deal to worry about? They’re the things you know you’re supposed to deal with but you just say “I don’t have time to worry about that.” Well, unemployment insurance tax falls squarely into that category. And you need to make time.

Unemployment insurance taxes are the taxes you pay to cover costs like federal and state unemployment payouts, retraining programs, the cost of workforce commissions and other things to help people cope when they’ve lost their jobs. In Texas, it starts off, in a new business, as 2.7 percent of the first $9,000 of an employee’s taxable wages or the industry average (this is very rare), whichever is higher. If you’re in an industry with a lot of turnover, it could be higher. Currently, its some specialized sub industries of manufacturing.

After you’ve been paying the tax for four quarters, you get what they call an experience rate. If you pay your taxes on time and if no one files any claims against you for unjustly firing them, your tax rate shrinks because the government doesn’t consider you to be the kind of business owner who is going to be churning out lots of previous employees who are now seeking government help. For example, I’ve never had an unemployment claim and I pay about the lowest possible unemployment insurance tax. If you have a lot of churn and burn in your company, it might go up to 7.49 percent. And here’s where it gets tricky.

Let’s say you have an employee who was just a bad hire all around and you wind up firing this person. This person files a claim with the Texas Workforce Commission that you “done him dirty” and fired him without cause. Now the Texas Workforce commission sends you a letter informing you that because of this circumstance, your unemployment insurance is going up a point. Now you’ll be paying 3.7 percent of the income on all your hires. This makes you very mad. You complain to people. You grouse about how the employee was totally worthless and now he does this! But in the end, one percent seems so small. It’s like a gnat. It’s one of those things that makes you say “I don’t have time (or money) to fight this stupid battle.” So you ignore it. After all, it will probably cost you around $500 to hire an attorney or an HR consultant to help you fight this claim, collecting all the documents regarding how this employee was a slacker and wouldn’t do his work, how you warned him, how he refused to change. It’s a hassle. It’s an expense. Let it go.

If you don’t fight the employee’s claim against you, you could become a target for the kinds of people who prey on business owners who don’t bother fighting claims by disgruntled employees. These people are like the ones who defraud your credit card. First they slip in a little expense—say a buck or two—and since you’re not that picky and you don’t want to take the time to figure out where that unauthorized expense came from, you ignore it. Having felt you out, the thief now takes $5,000 or more.

You get the picture.

Unemployment insurance taxes aren’t going to bring down your business and put you out on the street, but if you’re running a small business, ignoring the little things could.