Don’t Be a Nadella. Every CEO Could Stand a Little Sensitivity Training

It was quite a little hailstorm Microsoft CEO Satya Nadella set off, saying women should not ask for raises, but just let the 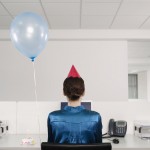 Bernice was kicking herself for not asking about the reward structure before she took this job.

system reward them when it was time. It got me thinking about the recent meeting I had with a tech entrepreneur hiring his first employees after bootstrapping his business. He was frustrated with all the paperwork, employment laws and saying “It seems like the government is trying to make it harder to hire people than it has to be. “ I understand his frustration, but the truth is, all those employment laws and all that paperwork arose because of people who had been taken advantage of in one way or another. Not treated fairly, by someone who, like Nadella, didn’t understand the world from those employees’ perspective.

Perhaps for Nadella, the system worked. Perhaps because of his education and job trajectory, because of the bosses he had, he was appropriately rewarded. But that’s simply not the case for everyone. Forty years ago employers had to go through sensitivity training. More recently it’s called diversity training. The point, in either case, is understanding that each of your employees has his or her own set of challenges and obstacles to deal with. It’s too easy to assume everyone’s path is like our own and not understand the obstacles so many people had to get to just to arrive at the place where we started. That doesn’t mean you have to give people special treatment. But when you understand where someone is coming from, it makes it easier for you to choose appropriate responses. You might be shocked to learn how diligently and creatively someone worked to get to a position that was well greased for someone else.

Consider the success of the television show Undercover Boss, in which an executive disguises himself and gets a job in his own company. Frequently, he doesn’t even know the people responsible for hiring him. And every time—granted this is the formula—but every time he has a revelation about what his company is like from the other end of the spectrum. From the salesman or programmer or receptionist who is maybe dealing with education bias or sexism or other evils that the executive was probably sure weren’t happening at his company. It’s a good thing to take diversity training, to understand from an intellectual point of view what other people face. It’s crucial in fact. But there’s nothing like actually experiencing it.

One company that does an amazing job of this—and people don’t talk about it—is McDonald’s. Anyone who wants to work at McDonald’s corporate office has to first work in every position in a McDonald’s restaurant, cook, cashier, janitor. They have to know, first hand, what the front line employees deal with every day, because it helps them make better, wiser management decisions in every department.

I’m not saying the playing field can ever really be leveled. That’s just not realistic. But if you accept a position in which you are leading people, you need to spend time understanding the challenges those people face and how you can make it easier for them to excel at their jobs. We all want to succeed. To help employees remove obstacles to success, you first have to understand what those obstacles are.

You know Mr. Nadella, Apple and Google already have a leg up on you. Imagine what your poor recruiters will now go through trying to hire brilliant tech women with a reputation like the one you just scored for yourself. Maybe it’s time to go undercover.