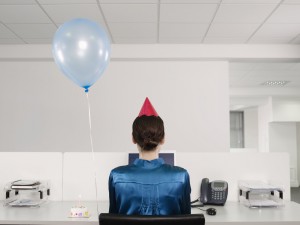 Is this your idea of company culture?

Every company wants a great company culture, but most have no idea how to get one. That’s because it’s harder than it looks. Great culture isn’t about having a cool office or getting to wear shorts to work. Great culture is about the way people treat each other in your company. It’s about what the goals are and how everybody works to achieve them. It’s about your reward system and whether it’s consistent with the kind of company you say you want.

Without that stuff, having a Wii in the break room and Margarita Mondays is just putting lipstick on a pig.

If you say you want team players, do you actually reward people for being team players? Sometimes you can create disincentives without realizing it. One of our clients, for example, once had three sales people. One of them was blowing it out of the water, making the sales and raking in commissions. Another was new, working hard to learn. The third sales guy was taking some of his own time trying to help number two learn the ropes. Our client was getting ready to fire the two who were producing less, because he hadn’t noticed how number three was spending part of his time bringing up the new guy.

But we had spent time in their office. And we noticed.

“Wait a minute,” we said, “this new guy looks to us like he’s going to be great. And the only reason number three is behind is because he’s stopping to help number two. Do you want a company where employees work supportively like that to build a sales team or a company where everybody’s stepping on each other to get the commission?”

He realized, he wanted a true team and needed to reward people who demonstrated teamwork. That’s company culture.

Your company culture has to be clear, consistent throughout the organization. If you say you’re all about customer relations, you have to hire, train, and reward people for creating a positive customer experience, not for some other metric.  You have to consider the question:  What do I honestly want my organizational culture to be? And am I willing to work to make it that kind of company and be accountable for what I’ve committed to? Then you have to make sure that all your employees are also committed to it–and be ready to deal with the ones who aren’t.

Your company culture decides everything—your brand, your reputation among potential employees, sometimes your profitability. And it defines the experience for you and your employees to walk in that door and live in your skin day in and day out.  And that’s the most important criterion of all.