A Tale of Two Business Owners or The Two Little Pigs

So, the people I’m going to tell you about are amalgams. Two business owners who represent the kinds of people I deal 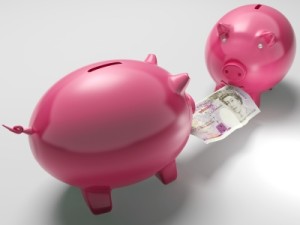 with all the time. This is parable; a morality tale. It’s a little bit like the Three Pigs, only with two. Here are the stories of Bob who did everything all wrong….and Joe who did it all right.
Bob is a business owner hiring his first employee. He wanted the employee to do three different jobs: accounting, office management, and a little marketing. He put an ad in the paper and started interviewing folks. He doesn’t have an offer letter. He has no policies and procedures in place. He “couldn’t afford” to do an employee handbook. But it was okay, he found the candidate.
Except that, two months later, the candidate started calling in sick every Monday. Plus, he was only doing two thirds of the job. The other third, the accounting part, he wasn’t doing. Bob called the employee in and asked him about it. It turned out that the guy really didn’t want to do the accounting part and felt really overwhelmed…so could he just do the other parts and not do that one? Bob started wracking his brains trying to figure out how he could keep this guy on part time and hire someone else to do the accounting. In essence, he was totally letting the employee call the shots.
He kind of wanted to fire the guy, but he hadn’t ever set policies in place that would spell out what fireable offenses were. So since he couldn’t show “cause,” he might end up paying unemployment for a really long time. Plus, he would be right back where he started. Another couple months to find someone, another couple months to ramp him or her up, another crapshoot on the end of it. Meanwhile, his books weren’t getting done.
Bob totally ignored the foundation, built his house of straw. Of course, he can build it again. It’s easy with straw. He can build it again and again and again, as long as his business and finances will support that activity.
Then there’s Joe
Joe is big on foundations. He’d been in business about a year and started thinking it was time to hire an employee. So he started asking around about what he needed to make sure he’d done everything he could to make this whole hiring thing worked.
He gathered his documents:
• A non-disclosure agreement to protect his proprietary information.
• A non-compete agreement so the employee couldn’t leave and take his clients.
• An application form
• An offer letter template
• A comprehensive job description
• A list of most important questions to ask when you’re hiring someone.
• Some skills assessment tests
• A basic employee handbook….
You get the idea. When he did hire the employee, he sat down with her 20 days in and asked “How do you think it’s going? This is how I think it’s going.”
This is the pig with the bricks. Bricks cost more than straw, but you don’t have to rebuild your house all the time. The thing about being a consultant is I can tell people all day long to build with bricks and they think I’m just trying to beef up my business. And of course I am, but I also know that after paying for a lot of mistakes, people tend to find that the straw wasn’t cheaper after all.
The End