2015: The Year of Employment Regulations

From an HR perspective, 2015 is The Year of Employment Regulations. Consider this: a bunch of states and cities have 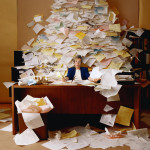 Beatrice was fairly sure she could figure out all the new HR regulations by herself.

raised their minimum wage this year and many others plan to raise it again over the next few years. Many places are implementing Ban the Box legislation and California has a whole slew of new rules including mandatory paid sick leave and extending Fair Employment and Housing Act legislation to interns. In other words, if you haven’t done an audit of your employment practices in a while, you’d probably better do one…quick.

One thing that makes the new regulations complicated is that they’re not uniform. The State of Illinois, for example, has a minimum wage of $8.25 but Chicago’s is going up to $10 in July. In Minnesota, where the minimum wage is $8.00 an hour, large employers will now be paying $9 an hour in August and small employers only have to pay $7.25. Not only that, but San Francisco, which raised the minimum wage to $11.05 on January 1, 2015 will raise it to $12.25 in May and keep raising it every July until it reaches $15 per hour.

Federal contractors have a new rate as well. Anybody who hires anyone to do work in connection with a federal contract has to pay a minimum of $10.10 an hour.

Illinois, New Jersey and Montgomery County, Maryland passed Ban the Box legislation which prevents employers from looking into an employee’s criminal record until they’ve shown serious interest in hiring the person. In Illinois that means a conditional offer of employment has been made. It doesn’t include situations where federal or state law would automatically disqualify an applicant with a criminal record. In New Jersey, Ban the Box supersedes other local laws.

Plus, there are all those new California rules. The paid sick leave rule, for example, doesn’t just apply to larger employers, it applies to any person employing another. So if you have a little startup with one guy in Silicon Valley, heads up.

So what does this all mean for you?

Change is the constant when it come to employment law recently so companies would always do well to do a yearly audit and make sure they’re in compliance. This includes things like making sure your employee policies and procedures are up to date. In fact, you need to make sure ALL your documents are up to date, including handbooks and application forms. You can’t just nod to the new rules, your documentation has to reflect that you are in compliance with them.

You also need to make sure that your managers have been trained on new rules and how they pertain to their teams. They’re the ones who are going to have to make sure they’re implemented and followed.

This may be one of those times when it’s a really good idea to hire an HR expert—whose job it is to stay on top of new regulations and when they kick in—to look everything over and make sure you’re compliant. Or, if you’re not, to help you get that way. Big hint, hint here.

Because when you start shoving those New Year’s resolutions under the rug or between the couch cushions, the ones involving employment law need to stay firmly visible.